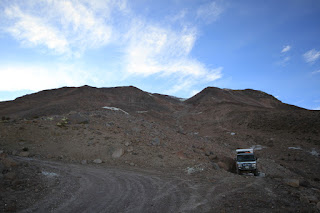 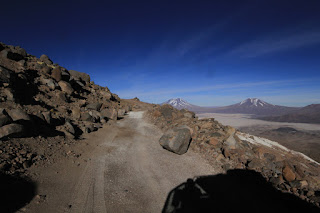 After tea and hot plate of porridge we continued our ascent of the volcano. The track was a little better but was finally blocked at 5050m alt. From here on foot…. 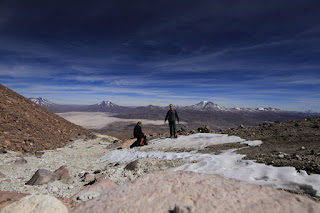 We followed the road and occasionally cut the corners. Going was hard being unfit and so little oxygen. So lots of stops. We had to consciously breath deeply as our bodies did not tell us too. If we concentrated on foot placement and not breathing then we’d quickly need to stop and catch our breath.

We did not make the top ran out of go and time. We walked from 5050m to 5350 in about 2 hours, so 300m vertical and 2.75km’s The walk down was easier but still needed to concentrate on deep breaths. Our first high altitude walk. Fantastic views. 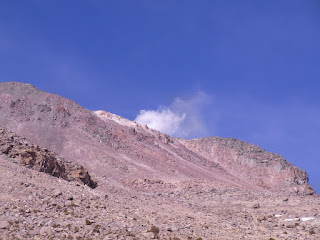 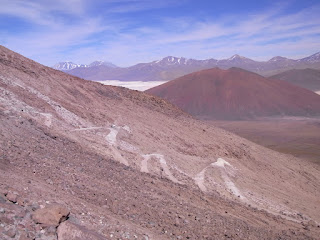 Bought 20 litres of diesel from the local gas station. It is bought by the container with a funnel to use. We could not get it into the main tank so we put it in the auxiliary tank.

Crossed into Bolivia very easily and Customs did not take any food.